Steve Wasterval poses for a photo with a mini painting in his studio.

Filmmaker Zack Obid is shaking with excitement: he just found a miniature piece of art during a scavenger hunt that an American artist holds every week in his Brooklyn neighborhood.

Steve Wasterval estimates that over the past three years he has painted and hid around 80 tiny landscape drawings of Greenpoint, an area with a large Polish community considered to be increasingly wired in recent times with young creatives who are siting. install there.

“I really wanted to give my art. I wanted to put it on the walls and in the streets, ”says Wasterval, 40, in his workshop inside a former Faber Castell pencil factory.

“I remember thinking that I need tiny paintings so that I can hide them and people can find them and I can find as many as I want,” he adds.

Typically, every weekend at an indefinite time, Wasterval posts on his Instagram account a photo of a landscape in front of the spot that inspired the work, still in Greenpoint.

In a few minutes, ten people arrive on the scene and start looking for work everywhere, from behind a wall to an emergency exit. 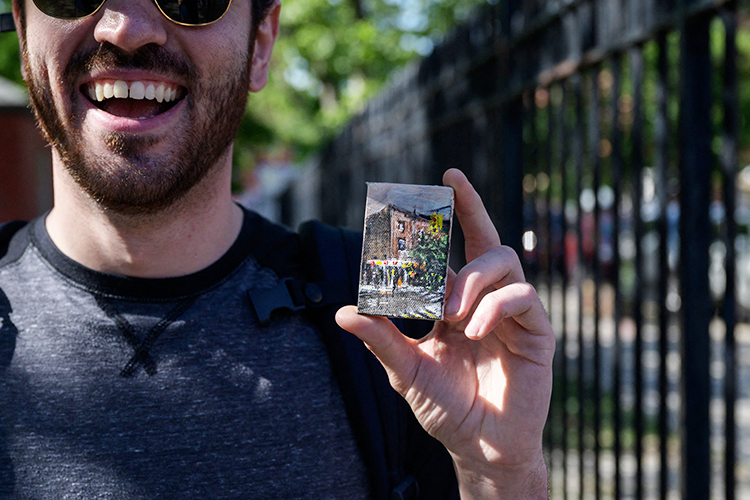 Sometimes Wasterval is nearby, sometimes not. If asked for help, he sends clues to treasure hunters via direct messages on Instagram.

The paintings are approximately five centimeters by 3.8 centimeters (2 inches by 1.5 inches). He finishes them in about an hour and says he will never sell them.

“Every week people tell me they want to buy one, order them. No, never, never, ”insists Wasterval.

“You have to find them. They’re like little trophies that people show off.”

Wasterval wants to document his neighborhood as it transforms, socialize with its neighbors and have fun. 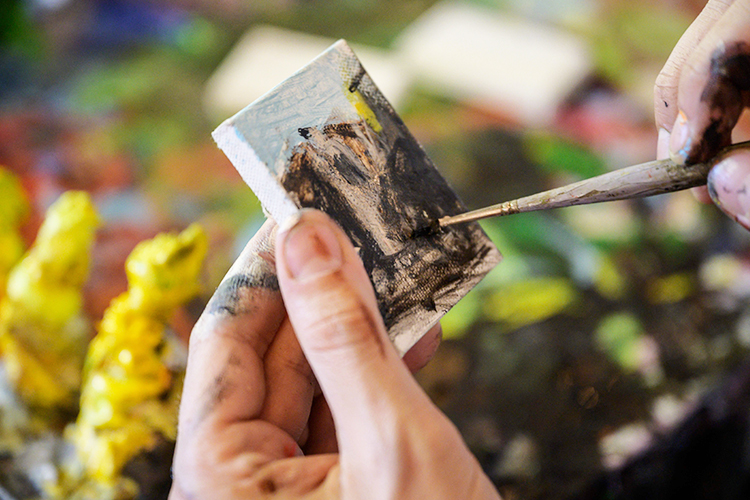 Steve Wasterval estimates that over the past three years he has painted and hid around 80 small landscapes.

“It’s a marketing thing but it’s fun because it doesn’t sound like it. I want it to stay that way.”

This time, Wasterval had chosen to paint the corner of popular neighborhood pizzeria Paulie Gee’s.

In a park, among the children playing hide and seek, he hides the small painting under a flower pot.

Minutes later, Obid, a 27-year-old documentary maker who lives one block away, arrives.

He frantically searches everywhere as more people begin to arrive, some on bicycles. Every few seconds, they stop to check their phones for new clues from Wasterval.

After ten minutes or so, Obid screams and laughs as he finds the painting – his fifth in three years. 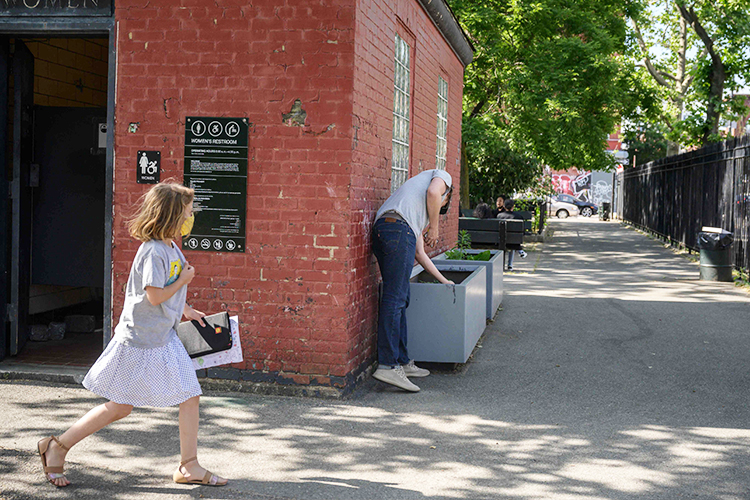 Steve Wasterval hides one of his mini paintings in the Greenpoint neighborhood of the New York borough of Brooklyn.

“It’s a work of art that means a lot to you,” he says, stressing that not only is it original, but also “at home”.

Lisa Llanes, a 38-year-old graphic designer, recently won two hunts but it was too late this time.

“These are such lovely little works of art!” she says.

Wasterval hopes to organize an exhibition with all the “minis”, as he calls them, on loan from the winners of the hunts.

He also plans to expand the project to the rest of the city.

“People ask me to go to different neighborhoods. I will extend the radius slowly, ”he said.