At the foot of Mount Fuji in the background during preparation for the Tokyo 2020 Olympic Games in Fujisawa, Kanagawa Prefecture, Japan on January 30, 2020. / Getty

At the foot of Mount Fuji in the background during preparation for the Tokyo 2020 Olympic Games in Fujisawa, Kanagawa Prefecture, Japan on January 30, 2020. / Getty

In 2019, Japan hosted the Rugby World Cup, becoming the first Asian country to host the tournament. The event served as a symbol of recovery and renewal after the 2011 earthquake, with many games being played in the affected prefectures. The event was also considered a dress rehearsal for the Tokyo 2020 Olympics.

With the opening ceremony scheduled to take place on July 23, the collective national sense of optimism and recovery present at the World Cup has long since evaporated, with Japan in a state of emergency.

In addition to the pandemic requiring the postponement of the Games to 2021, it has also been hampered by a succession of high-profile scandals.

In addition to the individual scandals that made international headlines, public sentiment in Japan has proven resistant to hosting the Games amid the pandemic. Protests calling for a cancellation have intensified in recent months.

The level of concern about the Games becoming a “super-broadcaster” event is such that Emperor Naruhito took the extremely rare step of issuing a statement via Yasuhiko Nishimura, Grand Steward of the Imperial Household Agency . Nishimura said that “the emperor is extremely concerned about the current state of coronavirus infections” and that “given public concerns, he appears to be concerned whether the event will lead to the spread of infections.” 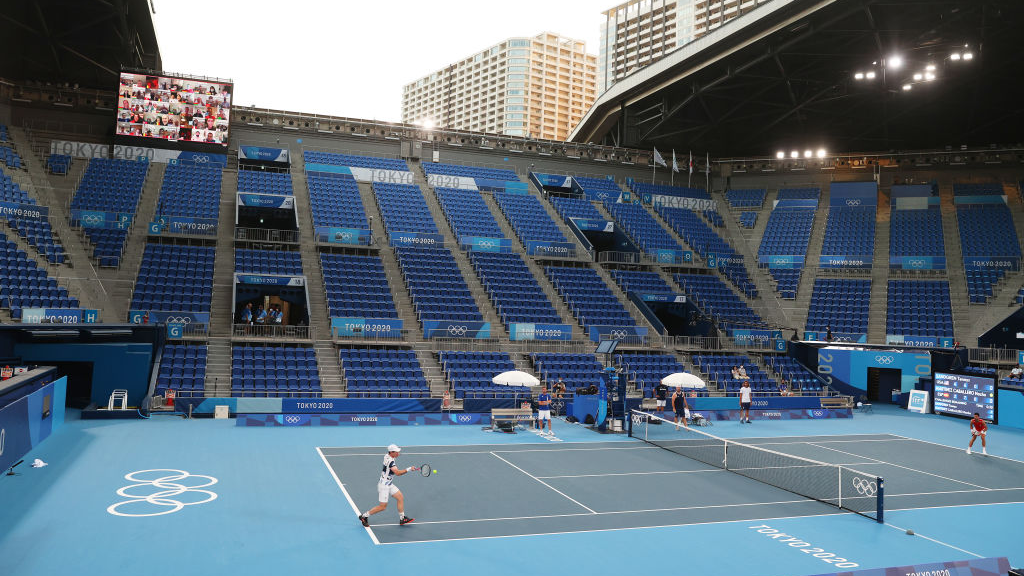 Concern and animosity have also contributed to business fears from Olympic sponsors in Japan who fear their company’s reputation may be associated with an event in jeopardy.

On Monday, it was reported that Toyota, a global sponsor of the Games, would not run ads in Japan linking the conglomerate to Tokyo 2020 – a damning indictment by one of the country’s largest and best-known companies .

However, it is difficult to dispute the logic of such movements. First of all, it was announced that foreign spectators would not be allowed to enter the country. This was then followed by the declaration of a state of emergency, with residents of Tokyo also being banned from attending the events.

With the official opening of the Games imminent in the host country, it has been reported that the number of cases in Tokyo has risen to 1,832 per day, with a 40% increase expected over the next two weeks.

Toshio Nakagawa, head of the Japanese Medical Association, told reporters that, “The upsurge in cases is expected whether we have the Olympics or not. But what worries us is happening.”

The President of the IOC, Thomas Bach, had declared with greatness in order to allay the concerns of the Japanese people that there was “no chance” that an epidemic could affect the general population from the Olympic Village. His request was seen as overconfident. Bach’s words were quickly followed by the first reported cases of COVID-19 within the Athletes’ Village.

Indeed, COVID-19 infections have already resulted in mandatory isolation measures and the withdrawal of some competitors. Many athletes have also chosen to skip Tokyo 2020 entirely for fear of contracting the virus.

However, despite these challenges and with all the efforts made to isolate the athletes, it is perhaps symbolically important to persevere with the Games.

For many athletes, Tokyo 2020 will mark the peak of their professional careers, and with or without spectators, the opportunity to represent their country on the world stage is paramount.

The Games also represent a coming together of nations in a collective cause, a celebration of determination, teamwork and perseverance through thick and thin.

This same unit is needed to fight COVID-19 and other future challenges like climate change. The solidarity embodied in the Olympic spirit is a powerful symbol at a time when the world needs it most.

Meet the Filipino-American artist behind the 151-foot ...