BRICS countries face challenges and opportunities amid US isolationism

Heads of delegation at a meeting of senior representatives of the BRICS responsible for national security. /brics2021.gov.in

Heads of delegation at a meeting of senior representatives of the BRICS responsible for national security. /brics2021.gov.in

The BRICS countries are to meet virtually on September 9 for talks chaired by Indian Prime Minister Narendra Modi. The group of Brazil, Russia, India, China and South Africa comes together at a time of significant global and regional challenge.

Nations around the world continue to fight the COVID-19 pandemic and focus their efforts on economic reconstruction. Meanwhile, the situation in Afghanistan poses specific security challenges, with three member states sharing regional interests and China also sharing a border.

Chinese Foreign Ministry spokesman Wang Wenbin said Afghanistan will be on Thursday’s summit agenda and referred to the BRICS ‘commitment to “communication and coordination” at the meeting. a previous meeting on the sidelines of the national security advisers.

Regarding economic reconstruction, Alexi Gruzdev, Russian Deputy Minister of Trade and Industry, said that there is “no doubt that the pandemic has greatly affected all sectors of the economy. It has become a serious challenge for trade and global relations, forcing national economies to rebuild supply chains and reestablish links. “

Part of the rebuilding effort relies heavily on vaccination and preventive measures, areas where China and Russia have led the group with their own vaccines as well as India’s mass production of global vaccine options. Referring to this, Gruzdev praised the group’s efforts, saying that “the five BRICS countries have set an example of open international cooperation in terms of combating COVID-19.”

While vaccine production has been high within the group, attention will naturally turn to additional support or expertise that can be provided to countries in difficulty. Brazil, for example, has a death toll of 584,000, just behind the United States. 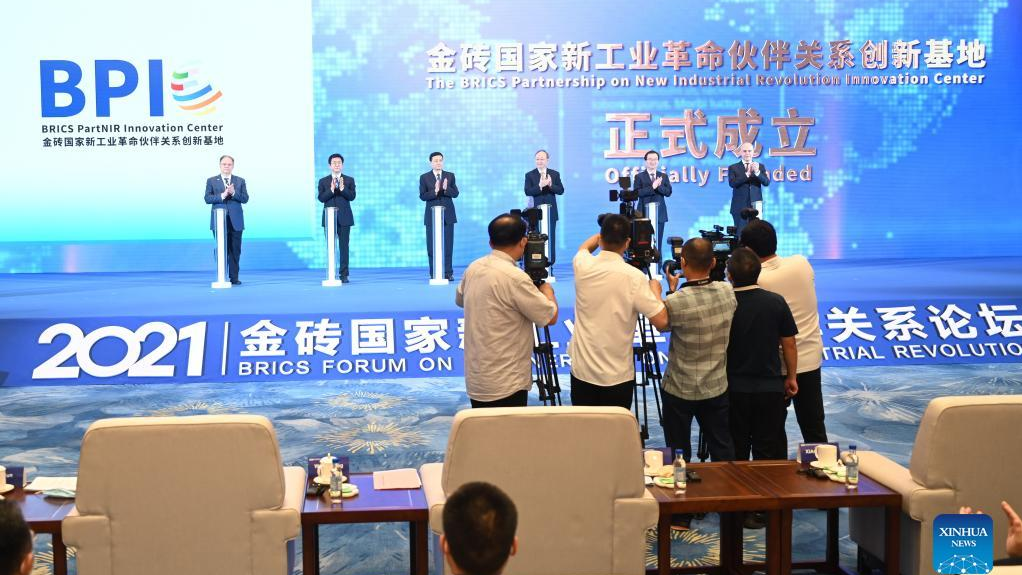 Commenting on the development, the president of the bank, Marcos Troyjo, confirmed the growth ambitions of the institution, declaring “We will continue to expand the number of members of the bank in a gradual and balanced way”. Troyjo also highlighted the value for constituent members by promising that “new members will have in the NDB a platform to foster their cooperation in infrastructure and sustainable development.”

Indeed, the bank, founded in 2015, has been a significant success story for the BRICS. Currently, there are over 80 ongoing projects in the five Member States worth over $ 30 billion. Projects range from digital innovation to sanitation, water to transport, ensuring continued growth and development that underscores the main development goals of the BRICS as a whole.

Along with the NDB is the Contingency Reserve Arrangement, a financial safety net, and most importantly a mechanism outside of significant U.S. influence.

As US President Joe Biden’s promise that America is “back” and alliances of “return” appear increasingly hollow, the White House continues to see multilateral organizations such as the BRICS, the Union European Union, ASEAN and TPP stop conducting international affairs and diplomacy through the prism of the interests of the US State Department.

It is for this reason that India signaled its intention to use BRICS coordination to attempt to reform multilateral institutions at the 13th summit. With the WTO, the IMF, the World Bank and the UN all included in the discussion framework. The BRICS represent 42% of the world’s population and Modi relies on the strength of this mandate.

Indian Foreign Minister Subrahmanyam Jaishankar spoke of the growing consensus and maturity of the BRICS as an organization at 15 years of age with “thoughts shaped and a worldview made concrete, with a growing sense of responsibility.”

Referring to working towards a less US-centric framework of multilateral organizations, Jaishankar underscored the important role the BRICS must play. “The instinct of counter-domination and the principled commitment to multipolarity in all its forms… are written in the DNA of the BRICS.”

While the challenges of COVID-19, economic recovery and global security are daunting, with the United States seemingly attached to isolationism, the importance and opportunity that multilateral institutions hold is an opportunity that nations hold. must grab.